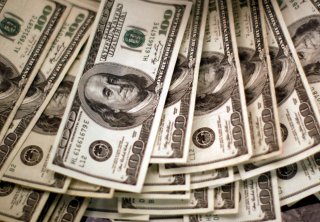 Here’s What You Need to Remember: The Internal Revenue Service currently has tax refunds for an estimated 1.3 million taxpayers who did not file a 2017 Form 1040 federal income tax return – worth more than $1.3 billion, or an average of $865 per person. U.S. law provides most taxpayers with a three-year window of opportunity to claim a tax refund. However, American taxpayers now only have until "Tax Day," May 17, 2021, to file a claim.

After that, the money will become the property of the United States Treasury.

"The IRS wants to help taxpayers who are due refunds but haven't filed their 2017 tax returns yet," said IRS Commissioner Chuck Rettig via a statement. "Time is quickly running out for these taxpayers. There's only a three-year window to claim these refunds, and the window closes on May 17. We want to help people get these refunds, but they will need to quickly file a 2017 tax return."

However, there are a few catches for those who think they're owed some of that money.

The only way to actually know if the IRS is holding a refund is to file a return for the year, and while the agency can estimate the dollar amount of unreported tax returns, it is unable to determine if an individual taxpayer is due a refund until they actually file a tax return.

The IRS reminds any taxpayers seeking a 2017 tax refund that their checks could still be held if they have not filed tax returns for 2018 and/or 2019. Additionally, the refund will be applied to any amounts still owed to the IRS or state agency, while the money could also be used to offset unpaid child support or past due federal debts, including student loans.

For those who plan to file, it is important to have the paperwork in order, and if you're missing a W-2, 1098, 1099 or 5498 from 2017, the IRS recommended that you request a copy from your employer and/or bank. Moreover, you can file Form 4506-T to request a free wage and income transcript from the IRS and then use that information on the transcript to file your tax return. To receive an income transcript you'll need to provide your Social Security number (SSN), date of birth, filing status and mailing address from the latest tax return.

By failing to file a tax return, the IRS warns that people stand to lose more than just their refund of taxes withheld or paid during 2017. “Many low- and moderate-income workers may be eligible for the Earned Income Tax Credit (EITC),” the IRS noted. “For 2017, the credit was worth as much as $6,318. The EITC helps individuals and families whose incomes are below certain thresholds.”

This article was published earlier this year.