Bad News: You May Be Waiting a Long Time for that Fourth Stimulus Payment 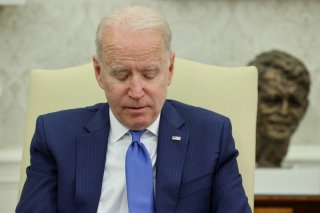 Here's What You Need to Remember: While the New Jersey case is a small, isolated example, it shows the oft-repeated criticism of stimulus measures in general: the better the results, the harder it is to pay for them. And states usually lack the resources—and financial flexibility—that the federal government has to pass out enormous amounts of cash.

Over the past fifteen months, three rounds of stimulus check have been sent out. The most recent of these, included within the March 2021 American Rescue Plan Act approved by President Joe Biden, provided for $1,400 checks to be sent out to all Americans making less than $75,000 per year, as well as their dependents.

There is little question that the measures are popular. One survey suggested that nine in ten Americans believed the stimulus checks had noticeably improved their financial situation; a second indicated that 65 percent of Americans supported another round of stimulus payments. A Change.org petition, created in the early days of the pandemic and calling for monthly $2,000 stimulus payments, passed 2.4 million signatures last week. And more than 80 Democratic lawmakers have supported various proposals for a fourth stimulus measure.

However, when all is said and done, a fourth measure is unlikely. President Biden’s initial $4 trillion coronavirus recovery plan—$6 trillion including the American Rescue Plan Act—has already been heavily reduced in negotiations with Senate Republicans. The president’s infrastructure proposal, originally slated to cost roughly $2 billion, has been decreased to around $1 billion. The March stimulus checks cost the government $450 billion to send out; to add this cost to an already-enormous recovery measure will likely make a compromise harder, and the Biden administration has indicated that it has more targeted and cost-effective uses for the money.

On the other hand, state-level politicians, especially in blue states friendly to government spending, face no such pressures. In California, Governor Gavin Newsom has offered a $600 stimulus check to lower-income state residents from the Golden State’s budget surplus. (Cynical observers note that the governor, facing a recall election, has not emphasized the fact that he was required by law to make this payment.)

In Trenton, New Jersey, another miniature stimulus measure might be coming together. As part of the American Rescue Plan, Trenton received $73 million in aid from the federal government. Trenton Mayor Reed Gusciora has proposed a $15 million stimulus program, dividing the funds up among the city’s 28,000 households, according to NJ.com. Split evenly, this would provide a check of roughly $500 to each household.

Gusciora has suggested that the payments would allow the city’s residents to recover financially from the pandemic and finance smaller bills, such as partial payments on property taxes. However, the proposal has been criticized by the Trenton City Council for being too small in scope. Council Vice President Marge Caldwell-Wilson told reporters that $500 would not be sufficient to cover any larger expenses. However, a larger check would take up more of the city’s aid funding, which could instead be dedicated to other uses.

While the New Jersey case is a small, isolated example, it shows the oft-repeated criticism of stimulus measures in general: the better the results, the harder it is to pay for them. And states usually lack the resources—and financial flexibility—that the federal government has to pass out enormous amounts of cash.