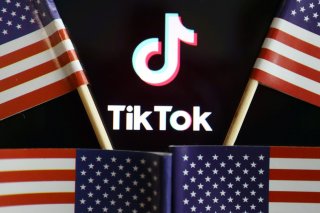 The Trump administration aims to purge Chinese tech companies from the United States, and that has consequences for all of us.

U.S. President Donald Trump and his administration recently issued three new national security measures: an expansion of the State Department’s Clean Network initiative and two executive orders. The Clean Network initiative forbids the use of Chinese tech in the U.S. telecom system and prevents app stores such as Google Play and the Apple App Store from offering certain Chinese apps.

At first glance, it seems strange that a social media app aimed at teenagers could be at the centre of a global controversy over national security and privacy concerns. TikTok is best known as a platform for teens and young adults to share short videos of themselves dancing or lip-syncing to their favourite songs.

According to Trump, TikTok is collecting and sending personal data about Americans directly to the Chinese government. The administration is also worried that, in the future, the app can be used as a conduit for spreading disinformation to Americans. At this point, all these fears are hypothetical. TikTok has consistently rejected these accusations — even the Central Intelligence Agency agrees that the app does not pose a threat.

According to a new survey report, the “State of Social Media in Canada 2020,” TikTok is now one of the top 10 most popular social media apps in Canada. Fifteen per cent of online Canadians over the age of 18 reported having an account; TikTok is the only Chinese-owned social media platform to achieve a 10 per cent adoption rate in Canada.

These actions by the U.S. government represent a major break along a geopolitical and technological fault line between China and the U.S. that has been building for over 20 years and could signal the beginning of a new Cold War between the two states.

In recent years, privacy has become a national security concern in Washington. U.S. policy-makers have been alarmed about the volume of personal data gushing out of the U.S. via social media apps, computer hacking and foreign acquisitions of American firms. This treasure trove of data can be used to build profiles of Americans, commit all manner of financial fraud and even be used for blackmail.

In 2018, the U.S. prevented a company owned by Chinese billionaire Jack Ma from buying MoneyGram over fears that American banking data would be leaked to the Chinese government.

In 2019, the U.S. ordered another Chinese company, Kunlun, to sell Grindr, a dating app for gay, bi, trans and queer people, to an American investor group. The argument was made that the app’s database contained sensitive personal information such as a user’s location, messages and HIV status.

According to the U.S. Department of State, these latest decrees are part of “the Trump Administration’s comprehensive approach to safeguarding the nation’s assets including citizens’ privacy and companies’ most sensitive information from aggressive intrusions by malign actors, such as the Chinese Communist Party.”

At first glance, these measures look like a reasonable response against a repressive government with a reputation for using electronic data to control and imprison its own citizens. But in a bid to divide the online world between itself and China, the U.S. government might have inadvertently started the construction of a new “digital Berlin Wall.” And like all walls, this new digital wall can lock people in just as well as it can keep people out.

This lays the groundwork for the end of an open and free internet and may accelerate the creation of a splinternet, whereby a country or groups of countries fracture the world wide web into a series of walled sections shaped according to their own politics. The splinternet is becoming a reality. These crude measures by the U.S. brings U.S. tech policy in line with China and other authoritarian regimes.

In response to these moves, the Internet Society, a group founded in 1992 by internet pioneers Vint Cerf and Bob Kahn, warned that “[h]aving a government dictate how networks interconnect according to political considerations rather than technical considerations runs contrary to the very idea of the internet. Such interventions will significantly impact the agility, resiliency and flexibility of the internet.”

With these attempts to extend control over foreign ownership of social media apps and platforms, the internet becomes a tool to limit democratic freedoms. These actions will further legitimize and embolden governments around the world to interfere with or shut down the internet whenever it is politically expedient. Long-term and frequent internet interference can cause the systematic and structural erosion of freedom of expression and freedom of speech.

Platform ownership matters, especially the foreign kind. Trump’s action against TikTok is a gift to Facebook, which recently launched TikTok copycat feature Instagram Reels. Forcing the sale of TikTok in the U.S. will also be a win for whichever company purchases it.

In the long run, however, these executive orders likely will remind regulators around the world, but especially those in the European Union, about the strategic importance of foreign ownership of communication platforms. Citing data privacy and national security, many countries will likely pass new cyber-sovereignty laws, making it more difficult for foreign companies to operate. Long-term fallouts from this policy include increased operating costs, which in turn will impact large tech companies such as Google and Facebook the most.

With litigation pending and talks of fire sales and shotgun weddings to Microsoft or some other western tech company, the fate and legality of Trump’s executive measures are still in doubt.

If cyber sovereignty and the splinternet take root, we are in for some troubling times ahead for global democracy. Whether Trump intended to or not, he has set in motion changes that might fundamentally undermine the internet as we know it.