Barrett MRAD: The Best Sniper Rifle On The Planet? 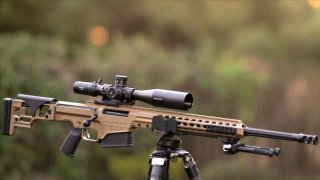 Here's What You Need to Remember: There's no two ways about it: Barrett’s MRAD sniper rifle is a great precision gun. It’s reliable, it’s customizable, and you can easily tear it down and even change its caliber.

The MRAD uses 10-round, double stacked magazines. And like using the MRAD overall, magazine changes are simple and easy. The mag release is partly cut away and has an

ambidextrous paddle-style release. This allows you to switch magazines without changing your firing grip.