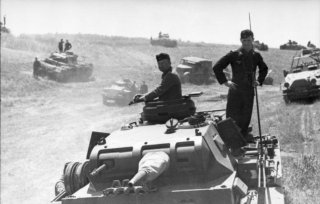 Here's What You Need to Remember: The USSR went on to inflict a major defeat on Germany during the Moscow counter-offensive during the winter of 1941–1942, closing the door on the Germans ending the war on the terms Hitler set out. The later Battle of Stalingrad in 1942–1943 ended the possibility of German victory completely.