A Battlefield Nightmare: Korea's DMZ Is the Most Heavily Armed Place on Earth 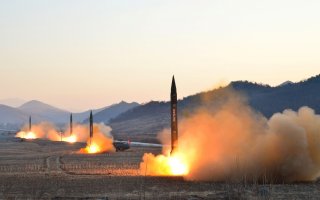 Here's What You Need to Know: In the event of war, the DMZ would become one of the deadliest battlegrounds ever conceived.

The 2017 defection of a North Korean soldier across the demilitarized zone (DMZ) that separates the two Koreas highlighted how difficult it is to cross from one Korea to the other. Fenced, mined and patrolled by soldiers from both sides, fortifications and large concentrations of combat-ready troops will make the Korean DMZ in the event of war the deadliest place on earth.