The Battleship Could Make a 21st Century Comeback (And Fight China) 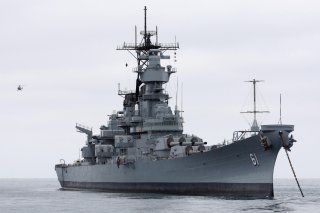 Key Point: A "battleship of the future" could solve the challenge posed by China's emerging anti-access / area denial (A2/AD) strategy for excluding the United States from the western Pacific.

Salvatore Babones is an associate professor of Sociology and Social Policy at the University of Sydney. This article first appeared in 2019 and is reprinted here due to reader interest.