Battleships Are Mighty, But Are They Relevant? 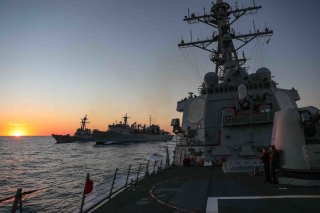 Here's What To Remember: Battleships were built to a more primal standard. Surveying the age of sail, Alfred Thayer Mahan defined “capital ships” as “the backbone and real power of any navy,” heavy hitters that “by due proportion of defensive and offensive powers, are capable of taking and giving hard knocks.” That is, these were brawny ships able to dish out and absorb heavy hits in duels against rival battle fleets. Gunfire was their chief weapon, stout construction their way of withstanding enemy gunfire and hitting back.