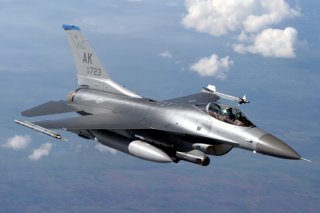 Here's What You Need to Remember: If the agile little fighter has any shortcomings, it’s that the American F-16’s radar has fallen out of date, and that the type was never designed to carry a great deal of fuel, limiting its combat radius to just 340 miles on internal stores. The Pentagon should eventually consider reasonable measures to keep that fleet up to date, notably the incorporation of APG-83 AESA radars and the adoption of conformal fuel tanks.