Best of the Best: These 5 Armies, Navies, and Air Force are Winners 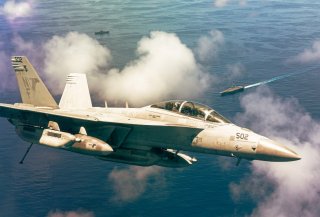 Here's What You Need to Remember: The People’s Liberation Army Navy (PLAN) has come a long way in the last 25 years. The spectacular growth of the Chinese economy, which fueled a tenfold defense-budget increase since 1989, has funded a modern navy. From a green-water navy consisting of obsolete destroyers and fast attack boats, the PLAN has grown into a true blue-water fleet.

(This, a collection of three separate posts from 2014, has been compiled as one for your reading pleasure. An updated version will appear in the very near future).

s has been more or less the same for thousands of years. Navies protect the homeland, keep shipping routes and lines of communication open, show the flag and deter adversaries. In wartime, a navy projects naval power in order to deny the enemy the ability to do the same. This is achieved by attacking enemy naval forces, conducting amphibious landings, and seizing control of strategic bodies of water and landmasses.