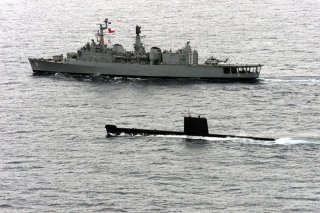 Here's What You Need to Remember: With the advent of nuclear power and the guided missile, the seemingly goofy idea of a heavy surface-attack submarine became an impressive and chilling reality.

The later, even larger Japanese I-400-class submarine aircraft carriersextended the aircraft-as-long-range-artillery concept to its mid-century conclusion. The huge subs mounted five-inch deck guns and anti-aircraft machine guns, but relied on their embarked aircraft and their weapons for main firepower.