Biden Has a Problem: Are Jobless Claims on the Rise? 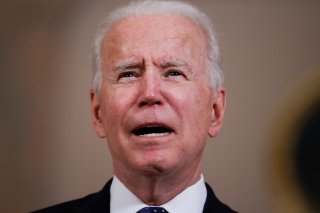 Here's What You Need to Remember: The unexpected rise in jobless claims comes after the country has slowly reopened as coronavirus cases, hospitalizations and deaths have declined and vaccinations have accelerated. But even with the economy reopening, millions of businesses have reported labor shortages, unable to find workers to fill open positions.

The number of initial jobless claims rose last week after a spate of post-pandemic record lows, according to data released Thursday by the Labor Department.

First-time filings for unemployment insurance for the week ending June 12 totaled 412,000, up from the previous week’s 375,000. Economists surveyed by Dow Jones, however, expected the number of new applications to fall to 360,000.

Continuing jobless claims, reported on a one-week lag, remained relatively unchanged at 3.52 million, and the four-week moving average for continuing claims dropped by 55,000, reaching its lowest level since March 2020.

More than 14 million Americans are still receiving some form of jobless aid as of May 29, a figure that was nearly double during the same time last year.

“The total number of individuals on some form of unemployment assistance slipped a bit to 14.8 million, still historically elevated because of the pandemic-caused downturn,” Mark Hamrick, Bankrate.com’s senior economic analyst, said.

Applications for the Pandemic Unemployment Assistance program also experienced an increase, reaching 118,025 last week. The program was created for gig economy workers who don’t qualify for regular unemployment benefits and is set to expire in September.

The unexpected rise in jobless claims comes after the country has slowly reopened as coronavirus cases, hospitalizations and deaths have declined and vaccinations have accelerated. But even with the economy reopening, millions of businesses have reported labor shortages, unable to find workers to fill open positions.

“What the claims information doesn’t tell us is how much faster the job market will heal or where so-called full employment will ultimately be,” Hamrick said. “Elsewhere, the latest data tells the story of more than nine million job openings and an equal number of officially unemployed. The easiest part of putting people back to work occurred from May through August of last year when more than a million jobs per month were added to payrolls.”

Economists have cautioned that the slight uptick in unemployment claims is of no serious concern since the data has been volatile since the onset of the pandemic.

“The path ahead is uncertain with many questions yet to be answered. We don’t know how successful businesses will be in finding the workers they want or how many they will ultimately hire. Another unfolding mystery: We don’t know how many individuals will opt to return to the workforce or their old jobs, or will be willing to accept the wages they’re offered,” Hamrick added.