Big Guns: This Picture Shows the Future of U.S. Artillery 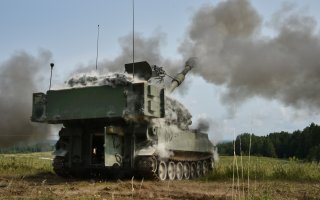 Here's What You Need to Know: Washington is doubling down on making its artillery able to hit far-off, hard to find targets.