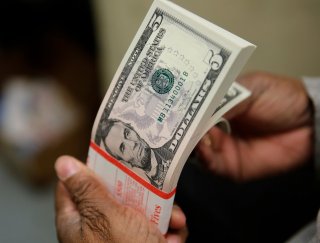 Here's What You Need to Remember: “To the extent permitted by applicable state and local law, amounts paid in the third round of [economic impact payments] may be subject to garnishment by state governments, local governments, or private creditors, as well as pursuant to a court order (which may include fines related to a crime, administrative court fees, restitution, and other court-ordered debts),” the Treasury Department said.

The government stimulus packages sent out as part of a trio of pieces of federal legislation in 2020 and 2021 have led to a secondary controversy: What should happen to the stimulus packages of prisoners, and others who have been convicted of crimes?

Under this year’s American Rescue Plan, there is nothing making prisoners or felons ineligible to receive stimulus funds. After the CARES Act, in 2020, the courts found that taking checks away from prisoners was “arbitrary and capricious.”

In particular, prosecutors and state officials in Alabama have been pushing to take away stimulus funds from prisoners in that state.

Now, it appears Alabama has begun doing just that.

The state is Alabama is “siphoning” stimulus funds from hundreds of inmates in order to pay restitution, court costs, and other money owed, according to AL.com. A spokesperson for the Alabama Department of Corrections told the news outlet that all stimulus payments are held by the department for sixty days, due to “accounting processes.”

“Any court-ordered payments and fees owed by the inmate (e.g., restitution and/or victim compensation) are then deducted by the Inmate Trust Fund System,” the DOC spokesperson said.

“These deductions, if applicable, are made pursuant to the terms of any respective, received court order(s) in accordance with the Alabama Restitution Withholding Act . . . in advance of those funds being made available to the inmate.”

The move has left prisoners without the funds necessary for prison commissary accounts. In some cases, prisoners have had their stimulus checks garnished to pay for the types of expenses that “are typically required to be paid in monthly installments after inmates are released from prison,” according to the AL.com story.

“Restitution isn’t supposed to need to be taken care of until you’re out of prison and they figure out how much you can pay based on how much money you’re making. They’re just taking your money. I don’t understand it, I don’t know how it’s going on,” one prisoner told AL.com reporter Connor Sheets. “I heard a guy today say that he got sent a $1,400 dollar check and out of the $1,400 dollar check he only got $800 and they said the rest went to restitution.”

In early May, the federal government issued guidance as to how states could handle checks for prisoners.

“To the extent permitted by applicable state and local law, amounts paid in the third round of [economic impact payments] may be subject to garnishment by state governments, local governments, or private creditors, as well as pursuant to a court order (which may include fines related to a crime, administrative court fees, restitution, and other court-ordered debts),” the Treasury Department said in a letter to Sens. Joe Manchin (D-W.V.) and Maggie Hassan (D-N.H.).