Big Tech and Politics: No Going Back to the Old Days 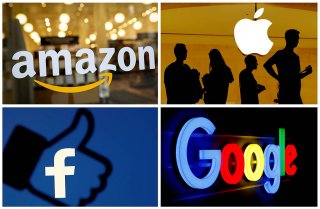 Over the past few days, Big Tech companies have demonstrated impressive political power. As a result, their futures are now tied more to politics than ever before. They have demonstrated their ability to quickly and significantly damage other businesses, and it is unlikely that their traditional business models will continue.

Once the violence started at the US Capitol last week, Twitter and Facebook initially locked President Donald Trump out of his accounts on the platforms. The companies later extended their bans to two weeks on Facebook and permanently on Twitter. Soon after, Apple and Google deplatformed the social media site Parler, which was reputed to be more open than Twitter and Facebook and so more popular with conservatives and Trump supporters. Then, Parler was essentially shut down when its access to cloud services and hosting was cut off by Amazon. Parler is expected to be down for about a week.

Twitter and Facebook abruptly and severely curtailed the president’s ability to communicate, showing that in some respects they are more powerful than he is. The companies also demonstrated an ability to act in complementary ways in the political sphere: Apple and Google collectively denied Parler access to 99 percent of the world’s mobile phones and Amazon disconnected Parler from 32 percent of the world’s cloud computing resources. Political leaders here and abroad have taken note of this clout and concluded that Big Tech should be more heavily regulated.

Although Twitter and Facebook’s actions appear swift, they have been stirring for some time. Twitter has been labeling President Trump’s tweets about possible election fraud as in dispute, but did not label counterclaims as disputed. And in his communication to Facebook employees, Facebook CEO Mark Zuckerberg called Wednesday the breaking point, implying that this was not an emergency decision.

For several reasons, this demonstration of power makes Big Tech an attractive target for political control. The power is attractive to political actors, who will want to use regulation to control their political rivals’ abilities to use the platforms. This is already happening and will intensify.

The companies might find such regulation attractive. Regulation protects incumbents from competition, especially from small upstarts. And at least for now, Big Tech and the incoming administration appear ideologically aligned, making the relationship feel natural and socially beneficial.

There are three ways that the firms’ business models might be impacted. First, when regulators oversee businesses, business models shift away from customer interests and toward political and regulatory interests.

Second, the companies are losing customer confidence. Despite repeated statements from some in Big Tech, the mainstream media, and some politicians that the election was clean and fair, polls since the violence at the Capitol show that 89 percent of Trump supporters believe the 2020 election results are inaccurate and Trump still has a job approval rating of 38 percent. So about one-third of Americans disagree with Facebook, Twitter, and other social media companies’ enforced stance regarding the 2020 election. And nearly two-thirds believe that social media is bad for the country. At best, millions of people will want alternatives to Facebook and Twitter platforms, and to Apple and Android phones.

Third, the companies have shown that they can quickly take down other businesses. This will make it hard for them to argue that they do not possess significant market power.

None of this is to say that I agree with the Big Tech critics who claim the companies are threats to democracy and competition and should be brought under greater government control. The power the companies are demonstrating is significant only because time has been too compressed for people to respond with alternatives. Regulation should be about enduring problems.

Big Tech companies were in difficult positions last week. I don’t mean to be the critic who sits outside the arena and points out the stumbles of those inside. Mistakes were made, but second-guessing lacks validity given the circumstances. Our country had a situation where a president strongly and repeatedly derided others in government and rallied crowds to protest them. Such a president should resign, even if there had been no violence. But regardless of who is to blame and how things might have been done better, Big Tech is forever changed.