Bitcoin Competitor Zcash Is Launching The Next Phase Of Cryptocurrency Development 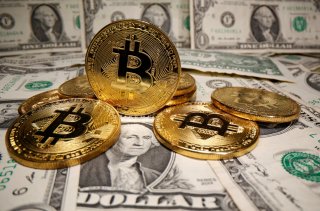 Next week, the Zcash community will begin laying the foundation for a new phase of ecosystem development that is worth watching for those interested in cryptocurrency governance and financial privacy. The community is selecting members for a committee that will allocate millions of US dollars-worth of Zcash (ZECs) for development of the Zcash ecosystem. It is an opportunity for an important cryptocurrency variant to move up in the world — if Zcash’s Major Grant Review Committee (MGRC) focuses not just on technology but on “techanthropy” too.

Zcash is a variant of bitcoin, the leading blockchain-based cryptocurrency. The most important difference between the two is the greater availability of transaction privacy on the Zcash network. Because bitcoin transactions are published openly to a public ledger, transaction amounts and the addresses sending and receiving such cryptocurrencies are easily and routinely used for surveillance and tracking. Zcash transactions can be “shielded,” hiding transaction details while allowing users to selectively disclose them for their own auditing and compliance purposes.

In my first public assessment, I credited bitcoin as being “surveillance-resistant.” It may still offer better privacy to law-abiding users than the legacy financial services system does, but saying so damns bitcoin with faint praise. A widely used, naturally private cryptocurrency would open profound economic vistas for people around the globe while improving financial privacy, which is an essential protection for the wealth, security, and freedom of law-abiding people.

Calling Zcash “naturally private” gives short shrift to a lot of work. Its privacy-protective nature is intensively curated by a for-profit enterprise called the Electric Coin Company (ECC) and the nonprofit Zcash Foundation. The two guide the development of this particular cryptocurrency in its use of zero-knowledge proofs to offer the benefits of blockchain-based value transfer and privacy at the same time.

When Zcash was created in 2016, the software allocated 20 percent of newly mined ZECs to the ECC, the Zcash Foundation, and people who helped create Zcash. Bitcoin had no such “founders reward,” relying entirely on volunteerism and the self-interest of contributors expecting growth in the value of the coins they held. The Zcash community appears to have navigated the jealousies that direct funding of ecosystem builders can create, and a new allocation of funds will begin when Zcash’s block reward halves in November. The new allocation leaves 80 percent of new ZECs to miners and gives 7 percent to the ECC, 5 percent to the Zcash Foundation, and 8 percent to a new grant-making body, the MGRC.

The MGRC, largely autonomous but housed within the foundation, will have about $8 million worth of funds annually at the current ZEC price. There is a lot of volatility and (I think) upside in cryptocurrency, so it could end up being quite a bit more, or possibly less. The question — reflecting the virtuous incentives that cryptocurrency ecosystems seek to create — is what will make that fund and all ZECs worth more.

The word “technology” is formed from the Greek words techne, meaning art, craft, or skill, and logos: “to speak of.” These roots suggest that the most important contributions to a cryptocurrency result from virtuosity with technical infrastructure. That is important, of course. But a technology gains significance from having users. For a network technology such as cryptocurrency, having lots of users is of the essence. So it would be wise for the MGRC to focus at least some energy on “techanthropy”: how cryptocurrency as a craft serves anthrōpos: “man or mankind.”

Engineering decisions in the dominant version of bitcoin have reduced its amenability to large-scale uses such as day-to-day payments. Bitcoin as “digital gold” is arguably more secure, but it leaves open a competitive door to cryptocurrencies that can serve far more popular use cases such as payments. Zcash has the added benefit of supporting payments that are less amenable to surveillance.

There is not an easy path to toppling the first mover and dominant iteration of cryptocurrency, bitcoin, but the field is more open to competitors than it otherwise would be. Public goods that would benefit Zcash include popularizing privacy-protective cryptocurrency, drawing in and educating users, developing user-friendly interfaces, and teaching people to secure their crypto assets and their privacy at the same time. Perhaps Zcash’s MGRC will support such badly needed “technanthropy.”