Boeing’s Loyal Wingman Drone Could Soon Take To the Skies 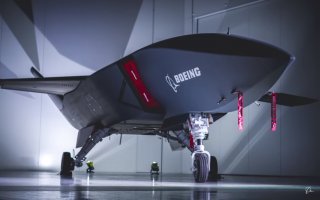 Here's What You Need to Know: The Loyal Wingman drone is currently being developed in partnership with the Royal Australian Air Force.