Is the Boeing P-8 Poseidon Patrol Plan Turning Into a Bomber? 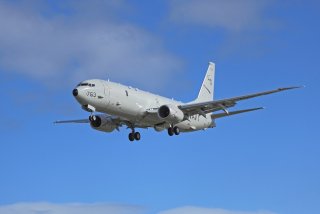 Here's What You Need to Remember: U.S. Navy P-8s were part of NATO’s response after Russia in October 2019 sortied eight submarines at one time into into the cold waters of the Barents and Norwegian Seas.