Boom! These U.S. Navy Battleships Helped Drive Back the Germans at Normandy 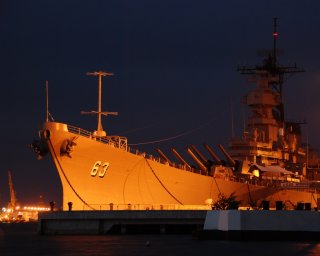 Here's What You Need to Know: While approaching closer to the shoreline, U.S. Navy ships fought off heavy German attacks from mortars, artillery and machine guns.