This Boring Looking Plane Could Kill Billions of People in Minutes 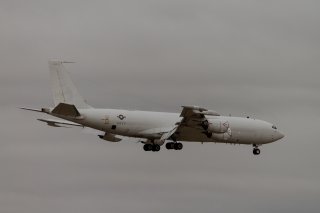 Here's What You Need To Remember: Though the Mercury doesn’t carry any weapons of its own, it may be in a sense the deadliest aircraft operated by the Pentagon, as its job is to command the launch of land-based and sea-based nuclear ballistic missiles.

This first appeared in December 2017 and is being republished due to reader interest.