Brave, But Foolish: Pakistan Once Took On India and Bangladesh At Once 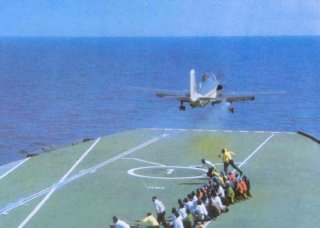 This Is What You Need To Remember: Unfortunately, Pakistan’s humiliation in 1971 spurred it into developing an atomic bomb. With India also armed with atomic weapons, South Asia now lives under the shadow of nuclear war. The next major India-Pakistan clash could be the last.

Thirteen days later, Pakistan had been amputated. Indian troops had conquered East Pakistan, which became the new nation of Bangladesh. More than ninety thousand Pakistani soldiers were taken prisoner, half the Pakistani Navy had been sunk and the Indian Air Force came out on top. It was total humiliation, and not just for Pakistan. The United States and Britain sent aircraft carriers in a futile attempt to intimidate India and ended up facing off against Soviet warships. Pakistan’s defeat also spurred its rulers to begin the development of nuclear weapons.

Bengali demands for autonomy were rebuffed. By mid-1971, an East Pakistan guerrilla movement had emerged, supported by India. Pakistan’s military-controlled government cracked down hard, killing up to three million Bengalis in what has been described as genocide. By November, both India and Pakistan were preparing for war.

At sea, there is no question that India won. The Indian Navy dispatched missile boats, armed with Soviet-made Styx missiles, to strike the western port of Karachi, sinking or badly damaging two Pakistani destroyers and three merchant ships, as well as fuel tanks. Indian ships blockaded East Pakistan from reinforcements and supplies. Notable was India’s use of the carrier Vikrant to conduct airstrikes on coastal targets, as well as conducting an amphibious landing on Pakistani territory.

One issue that hampered Pakistan’s war effort would soon become familiar in Iraq, Syria, Afghanistan, and other ethnically divided nations. In 1971, Bengalis comprised a significant part of the Pakistani military, especially in technical jobs.