Break from the Past: The U.S. Air Force Needs a New Strategy 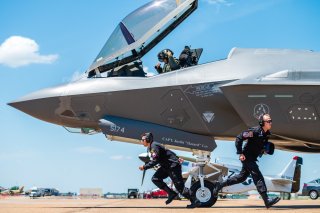