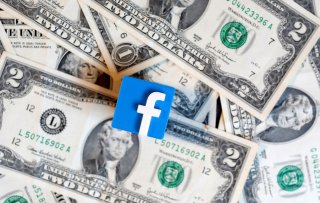 Antitrust authorities on both sides of the Atlantic have the Big Tech companies in their sights in 2021.

The European Union (EU) fired a salvo just prior to Christmas, releasing its draft Digital Markets Act. The act establishes a category of large online platforms termed “gatekeepers” and requires them to meet more stringent obligations than other online firms. Gatekeepers are required to:

In addition, these companies may no longer:

The commissioner in charge of competition and digital policy, Margrethe Vestager, said the EU would not hesitate to “impose structural remedies, divestitures, [or] that sort of thing” if gatekeeper companies did not comply.

Meanwhile, in the US, the Federal Trade Commission (FTC) has sued Facebook, seeking “divestiture of assets, divestiture or reconstruction of businesses (including, but not limited to, Instagram and/or WhatsApp)” in order to counter the alleged monopoly position the firm is maintaining by “buying up companies that present competitive threats and by imposing restrictive policies that unjustifiably hinder actual or potential rivals that Facebook does not or cannot acquire.”

Breaking up is hard to do, and surprisingly costly

In both cases, the authorities seem to believe that forcibly breaking up — or “structurally separating” — the firms will ultimately be in the long-term interests of consumers. However, structural separation is neither simple to implement nor necessarily beneficial.

First, as my colleague Mark Jamison has argued, it is far from clear that Big Tech companies’ actions are in fact harming consumers. Facebook’s large user base has benefited from the complementary nature of adding WhatsApp’s voice calling function to the social media platform’s core functions. Its app purchasing has also provided a viable alternative pathway for developers of new (and valuable) apps to receive a return on their sunk investments while at the same time enabling more rapid upscaling than would be possible if run “stand-alone.” Forcing Facebook and platforms like it to divest apps they acquire that succeed in the marketplace will chill incentives for all platforms to buy up new apps for fear that if successful they too may face the same “separation” fate. Reducing the level of new app creation and uptake ultimately harms consumer welfare.

Second, as the EU obligations indicate, it is not readily apparent that consumers are the primary beneficiaries of these antitrust actions. Rather, it seems that one goal is to “share” the gatekeeper’s profits with business consumers and rivals by granting access to the gatekeepers’ investments in (particularly) information and customer access. In this sense, the Digital Markets Act seeks to replicate the failed access regulation that has characterized telecommunications markets in Europe — and was introduced but subsequently abandoned in the US.

Mandatory structural separation of a regulated firm is the ultimate sanction available in access regulation. There are strong indications that the much lower levels of investment in frontier technologies in Europe compared to the US can be traced back to access regulation — a very high price to pay for a superficially more equitable profit distribution.

Lessons from other markets

Research on structural separation in electricity markets and in fiber broadband in Australia and New Zealand has found that mismatches in investment horizons and risk preferences, information asymmetries, and lost benefits from internal coordination when firms are forcibly separated can outweigh any benefits from increased competition between the remaining firm and its newly separate components. It is quite likely that the same issues will prevail but to an even greater extent when the primary business being separated is the management and use of information.

This all begs the question of whether the underlying motivations of current antitrust actions on both sides of the Atlantic are primarily to promote competition for the long-term benefit of consumers or, rather, attempts to break up and redistribute the profits of Big Tech firms. If it is the latter, then consumers could ultimately be the losers if structural separation proceeds.