Bring Them Down! Military Lasers Could End China's Missile And Drone Advantage 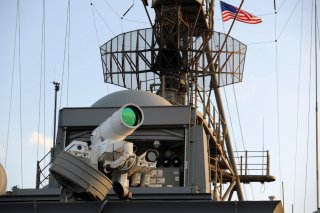 Here's What You Need To Remember: The Army is not the only service seeking land-based directed energy weapons. The Air Force is reportedly testing three different microwaves defensive weapons which could be used to disrupt or disable drones.