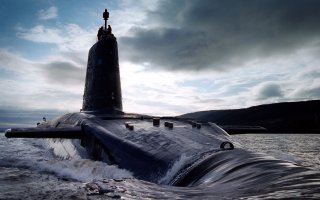 Here's What You Need to Know: At any one time, at least sixty-four of the UK’s nuclear weapons are somewhere at sea.