Britney Spears: Could She Soon Make Her Own Financial Decisions? 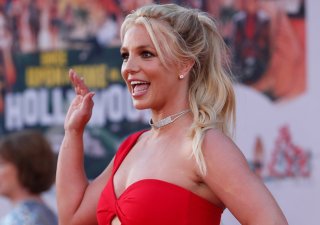 After the release of “Framing Britney Spears,” a documentary about some of the more trying times in her life back in February, the conservatorship of Britney Spears has received renewed attention. The documentary provided a voice to Spears' fans who questioned whether the court's orders were in her best interests.

And now, Britney herself finally gets to say her piece in a court of law on her future and the state of her finances.

Pop music superstar Britney Spears will get to speak to a probate court in June about her long-standing legal conservatorship after years of silence.

Judge Brenda Penny of the Los Angeles Superior Court set a hearing for Spears on the "status of the conservatorship" on June 23 after a hearing this Tuesday.

The probate attorney assigned to represent Spears in the case, Samuel Ingham, asked the court to set the date “as soon as possible,” but did not specify what Spears would say.

The judge named Bessemer Trust as co-conservator with her father last fall, at Ingham's request. The order has yet to take effect since the lawyers are still arguing about the governing terms.

The lawyers updated the court on various motions and accounting matters relating to the conservatorship at a hearing in probate court on Tuesday.

Will Britney finally be able to decide her own financial matters or at least have more say in her own life? Will she perform again, as she has pledged not until her father is removed from the conservatorship? More to come...