Browning’s Hi Power Pistol Was Decades Ahead of Its Time 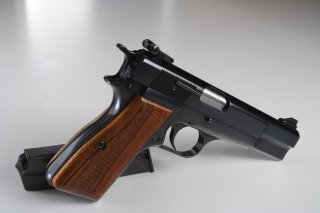 Here's What You Need to Remember: The Hi Power’s design, although ninety years old, is similar to the so-called “Wonder Nines” of the early 1980s. A simple to disassemble, reliable semi automatic pistol with a large capacity nine millimeter magazine, the Hi Power is similar to the Sig Sauer P226, Glock 17, Beretta 92 and the Smith & Wesson Model 59.