Buy American?: More Glock Handguns To Be Made In the US of A 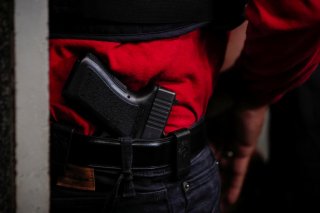 Here's What You Need to Remember: Export controls should not be underestimated.

This year Sig Sauer, Inc. appears to be on track to supersede its German counterpart, Sig Sauer GmbH. Pistols that were previously only made in Germany are now being made in the United States. Some may wonder, will Glock head in the same direction in the future? Some Glock models are now being produced in the United States, although the majority of Glocks are still made in Austria.

Like Sig Sauer, Inc., Glock, Inc. started as the distributor of Glock pistols in the United States. However, in the 2010s, Glock wanted to break into the market for .380 Auto compact pistols. Glock had made .380 pistols for the European market before, but due to the BATFE’s “point system” that determines which pistols can be imported, the earlier .380 Glocks could not be imported into the United States.

However, pistols made in the United States are not subject to the same restrictions, so Glock began setting up to build pistols in the United States. In 2014 their efforts reached fruition, and the Glock 42, a .380, 6-round subcompact Glock, was released onto the U.S. market.

As of 2019, the facility expanded from producing the Glock 42. It currently produces models in the most common calibers for the U.S. market, though models in rarer calibers are still primarily made in Austria.

So what is the difference between the pistols?

Practically nothing. According to a 2017 article, “U.S. made” Glocks still contain many Austrian parts, with only the slide, barrel, and frame being made in the United States, on machines identical to those used in Austria. A different finish was also applied to some metal parts, due to EPA regulations preventing the use of Glock’s traditional “Tenefer” coating. However, on almost all newer Glocks, Glock has moved to a new “nDLC” coating, which presumably can be applied in both Austria and the United States. American Glocks have also different markings due to different proof houses testing the guns.

Will we see more Glocks made in the USA?

Likely yes. The Trump administration lowered export regulations on gun manufacturers in January 2019, so it’s probably easier for Glock, Inc. to get permission to export Glocks made in the United States compared to Glocks made in Austria. Austrian law requires express government approval and restricts exports to countries being sanctioned by the EU and the UN.

However, unlike Sig Sauer, Glock Inc. and Glock Ges.m.b.H. appear to be fairly closely linked. While scandals and charges of embezzlement have rocked Glock Inc, the relationship still appears to be strong. While this could change in the same manner that it did at Sig Sauer, Glock is not going through the same financial difficulties that Sig endured at the time of the breakup.