California Residents: Will You Get A $600 Stimulus Check? 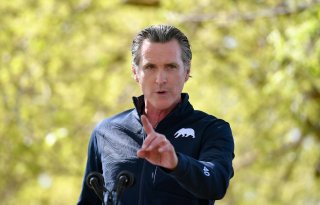 The California legislature on Monday approved a slew of bills, including one that sets aside money from the state’s budget surplus to pump another round of state-level $600 stimulus payments into the pockets of residents.

This is Governor Gavin Newsom’s (D) second effort to send Californians direct checks after the first bill, which passed in February, directed $600 payments to low-income residents earning up to $30,000, along with other eligibility requirements, like immigrants who were excluded from the federal stimulus money.

But Newsom’s “Golden State Stimulus II” that was first proposed in May would expand the eligibility pool for the payments, allowing taxpayers who make up to $75,000 annually and did not receive money from the first round to qualify for the $600. Families with dependents will also receive an additional $500, and undocumented families will get $500 checks.

State officials project that roughly 66 percent of Californians will receive the second round of state-level relief.

The budget is headed for Newsom’s desk and must be finalized by July 1. A once the governor signs the bill, state officials said that more information will be released regarding a timeline of receiving the payments.

The legislature also approved extending the state’s eviction moratorium through September 30 and alters California’s housing laws by paying off 100 percent of all the accumulated past-due rent that has stockpiled due to the economic crisis triggered by the coronavirus pandemic. The move would uphold a promise made to landlords to help them financially recover, while also giving renters a clean slate, the Associated Press reported.

“It’s challenging to set up a new, big program overnight,” David Chiu (D), an Assemblyman from San Francisco and chair of the Assembly Housing and Community Development Committee, told AP. “It has been challenging to educate millions of struggling tenants and landlords on what the law is.”

Newsom reiterated that the pandemic has a disproportionate impact on “many low-income Californians, tenants and small landlords alike” following the passage of the state’s budget. He also thanked the legislature for working together to pass the bill, as he dubbed it the “nation’s largest and most comprehensive rental assistance package.”

“Nationwide this is certainly the largest rent relief there’s ever been,” Russ Heimerich, a spokesman for the California Business, Consumer Services and Housing Agency, told The New York Times.