Can America and Australia Save Taiwan From China? 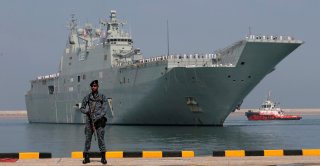 Remarks by Australia’s prime minister and defense minister and discussions in Washington about the future of US security policy in the Taiwan Strait highlight a growing consensus among like-minded partners about the need to respond to any Taiwan contingency. Unfortunately, these conversations often only explore the contours of a future conflict and too rarely discuss what the US, Australia and others can do to support Taiwan pre-bellum.

Washington and Canberra have a variety of diplomatic and economic tools they can use now to mitigate Chinese coercion and build a coalition for a Taiwan contingency. US and Australian leaders can use these tools to create a broader global consensus that supports Taiwan’s defense, favours closer ties with Taipei, protects the international status quo, and clearly communicates the costs to China of military action against Taiwan.

This should start with the members of the Quadrilateral Security Dialogue—Australia, India, Japan and the US—better articulating the group’s military commitments in the region. While the Quad partners have so far opted not to focus on the security dimensions of their partnership in public, they should cooperate, to the extent possible, across the intelligence, information and cyber domains to deter malign behaviour.

Similarly, the Australia, the UK and the US can use the AUKUS deal to highlight the benefits of closer hard security cooperation and discuss how each country can support Taiwan’s defense in any future conflict scenario. This will help the Quad partners understand how they can field forces necessary to deter China and/or help defend Taiwan, and will signal to smaller countries in the region the Quad’s ability to meet their security needs.

The US and Australia can use the promise of a more engaged Quad to foster closer ties between Taiwan and the international community. China has successfully pressured many countries to abandon their recognition of Taiwan’s government in favour of full relations with Beijing. Several countries have ended their official relationships with Taipei since 2016. Isolation makes Taiwan more vulnerable to Chinese coercion and reduces the international community’s ability to mobilize against Beijing should conflict unfold.

Despite steps taken by some in the US Congress to address this issue, more can be done. A broader coalition would signal to China that Taiwan’s future isn’t just of interest to a few concerned stakeholders; Beijing’s relationship with the international community is at risk. That may not lead China to reconsider military action against Taiwan, but it could help like-minded countries organize an appropriate response to any unilateral action taken by Beijing in the Taiwan Strait.

Deeper ties between Taiwan and the international community would also provide space for countries with historically close ties to the US and Australia to reconsider their engagement on this issue. Freedom-of-navigation operations in the Taiwan Strait by the United Kingdom and France represent welcome action by capable partners, but more is needed. A growing pro-Taiwan international consensus may finally prompt capitals around the world to consider wielding the more serious economic tools in their policy toolboxes.

These options, however, would need to be more than sanctions. Beijing would likely be willing to weather the effects of sanctions (no matter how costly) if it thought they would eventually end. Washington and Canberra would need countries to fundamentally rethink their economic and financial relationships with China. The European Union, for example, imports more goods from China than from any other country. If the EU were to reconsider its trade relationship with China in a Taiwan contingency, it might give Beijing pause.

The US and Australia would need to reassess how they engage with Russia vis-à-vis China as well. Russia and China enjoy a warm relationship and share a similar distaste for America’s view of the international order. Yet Moscow may find reason to cooperate with Washington, Canberra and others on this specific issue. Leaders in Moscow wouldn’t want to trade the current international system for a new order that continues to leave Russia as a ‘junior partner’. Russia will likely never trust any effort led by the US, but anything that would give Moscow an incentive not to support Beijing in a Taiwan contingency should be considered.

None of these diplomatic initiatives on its own would cause Beijing to abandon any plans it might have to attack Taiwan. However, they all capitalize on America’s and Australia’s comparative advantage relative to China in a Taiwan conflict scenario—their extensive network of allies and partners. The US, Australia and like-minded states have the means to impose a variety of costs on China.

However, given the asymmetry of interests involved in a military confrontation, it’s very likely Beijing would tolerate a higher level of losses than would Washington and Canberra. This means that those interested in helping to defend Taiwan and the status quo would need to impose costs beyond those on the battlefield. Washington and Canberra must begin to mobilize support for this course of action now.

This article first appeared on the Australian Strategic Policy Institute. It is being reprinted here due to reader interest.