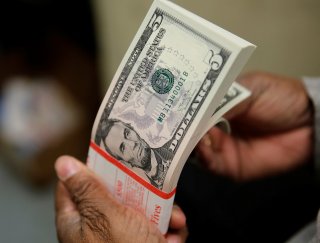 How should we interpret the May jobs report? Is the coronavirus recession over already? What will the economy look like heading into the summer and beyond? And what do we need policymakers to do going forward? Michael Strain joined the Political Economy podcast last week to discuss the pandemic economy as summer arrives and restrictions lift.

Michael is the director of economic policy studies and the Arthur F. Burns Chair in Political Economy here at AEI. He is a columnist for Bloomberg Opinion, and his essays and op-eds have been published by The New York Times, The Washington Post, The Atlantic, National Review, and The Weekly Standard.

What follows is a lightly edited transcript of our conversation, including brief portions that were cut from the original podcast. You can download the episode here, and don’t forget to subscribe to my podcast on iTunes or Stitcher. Tell your friends, leave a review.

Pethokoukis: Is the COVID-19 recession over? Are we done? Because we’re recording this as the May jobs report just released, and it kind of seems like the recession is over.

Strain: Well, I can only speak for myself. I expected a very bad report this morning documenting the state of the labor market in May, but I expected a good report four weeks from now documenting the state of the labor market in June. What’s happened, at least in my view, is that the labor market recovery began a month earlier than I had expected. And I think most economists had expected that as well. That’s certainly very good news. But to answer your question directly, I think we’re very far from this pandemic recession being over.

It sounds like a recession being over, but because the hole from the pandemic was so deep — because the devastation to the economy was so great — we need to have many, many, many months of tremendous progress in the labor market and the overall economy to dig ourselves out of the hole. So it’s going to be confusing. You’re going to see record rates of GDP growth and huge drops in the unemployment rate. You’re going to see that all summer long, I predict.

Some of the forecasts were for unemployment at 20 percent or 25 percent — worse than the Great Depression. Why has unemployment not been at those levels? What has gone wrong with the forecast? Or maybe, what’s gone right with our response?

It’s a great question. First of all, it’s extremely difficult to forecast the path of this downturn and of this recovery. This is an unprecedented situation. Governors shutting down their states and issuing shelter-in-place orders (and that all happening over a period of a few weeks) really is unprecedented. And nobody really knows how that’s going to play out. Forecasting models take what’s happened in the past and try to use that to make informed statistical predictions of what’s going to happen in the future. But if you’re in an unprecedented situation, what’s happened in the past really gives you relatively limited insight into what might happen in the future. I think forecasting is just very, very difficult right now.

The other important thing about forecasting to remember is that when we have a report like we had this morning about the labor market, we’re all focusing on are net changes. So we say that 2.5 million new jobs were added in the month of May. That’s net new jobs. Underneath the hood, millions and millions and millions of people lost their jobs. Millions and millions of people also got hired, and the churn in the economy is enormous. The net changes are what we focus on at a time when gross changes are behaving unpredictably and differently. It’s awfully hard to predict net outcomes as well. So, there’s kind of a fog of war environment that we’re all operating in.

Do you think it was the virus or the orders that were the key catalyst for the economy going into a quarantine and all these jobs being lost? Do you feel like you have a good sense of which was more important?

No, I don’t have a good sense of which was more important. And that’s another really, really important reason why it’s hard to know what’s going on in the present, much less to forecast the future. There’s a debate: Are people staying home and not going shopping because they’re worried about getting sick or because the governor of their state has closed down a lot of economic activity — shops and restaurants and those sorts of things?

There’s evidence that the decline in economic activity in March happened before some of the shutdown orders took place, but of course there were all sorts of local measures that may have affected that. Just for example, it was very common for schools to close before the governor of that state issued lockdown orders. And so, people may have been shopping and eating out less because they were home with their kids, and not because they were worried about the virus. At the same time, I think a lot of people are worried about getting sick and that is leading a lot of people to stay home.

Certainly both are operative, and the question, I think, is which is more operative? We still don’t know the answer, but I do think that the state of the labor market in May really does give some weight to the hypothesis that the lockdown orders have played a big role here. Remember, this report reflected the labor market in mid-May, so a lot of lockdown orders were still in effect and places that were partially reopening were in the very early stages of partially reopening.

This suggests that when you lift the restrictions a little bit, you do see people returning to shops and returning to restaurants and that businesses are bringing workers back. That meshes with news reports, and it meshes certainly with my anecdotal observations as well. So, I think we still don’t know which is more important — fear of the virus or lockdown orders. But I think we do know that lockdown orders had at least some effect and that we can be confident that June’s labor market will look even better than the labor market in May because states will be more reopened.

We still have 21 million unemployed workers. How would you gauge the success of our response programs? There was expanding unemployment, so we sent checks. There was help for small businesses via the Paycheck Protection Program. How do you think they’ve done so far in keeping that unemployed number at 21 million and not 30 million or something?

I think that Congress’s response to this recession has been very, very strong, and I’ve been impressed by how well Congress has dealt with this problem. There’s a lot to quibble with in the CARES Act to be sure, but the basic approach, I think, is the right approach. The largest component of Congress’s response so far has been the Paycheck Protection Program, which has been aimed at supporting small business. That’s the largest in dollar terms, when you add in the subsequent bill that has supplemented its funding. That, I think, was critically important to supporting the economy at this time. Congress expanded unemployment insurance. That was the right thing to do, and it was also critically important. I think the size of the expansion was too generous, but expanding it was absolutely the right thing to do.

And Congress helped states with their Medicaid funding and did some other things as well, in addition to providing loans and other sorts of financing and options for large businesses and cash relief for households. Overall, I think Congress did a great job. People’s income increased enormously in April. The personal savings rate for the month of April was 33 percent, which is just enormous. So, we had a big hole in the economy that the pandemic and the shutdowns created: Households lost income, businesses lost revenue, there was a big hit to GDP. Congress did a very good job of filling that hole. That was important. I think it was also important to support small business continuity and to support workers. Congress did a good job with that too.