Can Any Nation’s Special Forces Stand Up to America’s? 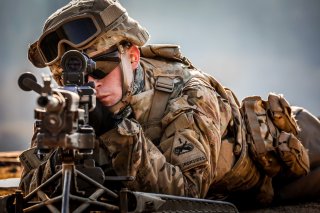 Here's What You Need to Remember: While effective, these systems are more useful in defensive positions and for surveillance. This trend appears to continue to the present day, as Russian SOF have been spotted with thermal weaponsights, and the new Ratnik future soldier system appears to use a monocular that could be used to view the picture from a weaponsight, which might have thermal or night vision properties.