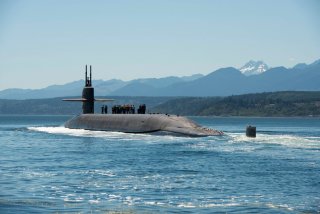 Here's What You Need to Remember: The Columbia class also incorporates a number of technologies specifically developed for the Block III Virginia-class attack submarines, such as a computer-driven joystick navigation system, fly-by-wire technology and fiber-optic periscope technology. The automated navigation enables the submarine to automatically set depth and speed, while allowing a human operator to remain in a command and control role.