Can China Reliably Bring Down the U.S. F-35 Stealth Fighter? 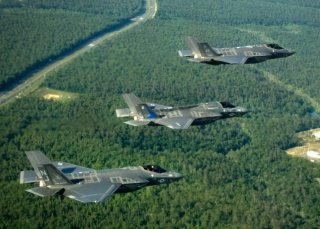 Here's What You Need to Remember: Ultimately, hit-and-run tactics leaning on BVR and stealth technology may be quite effective in securing air superiority. However, they won’t suffice to overcome constraints of fuel and weapons supply in scenarios that involve distant and more numerous opponents attacking high-value targets.