Can the Chinese Army Give the M1 Abrams Tank a Run for Its Money? 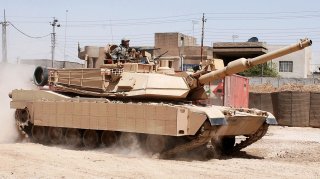