Can Drones Be Used to Smuggle Contraband into Federal Prisons? 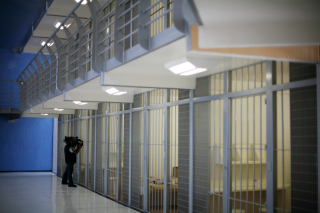 Here's What You Need To Remember: The Department of Justice’s Office of the Inspector General issued a report in mid-September warning of “DOJ’s Efforts to Protect BOP Facilities Against Threats Posed by Unmanned Aircraft Systems.”

Drones, that emerging technology, have many different established uses. They’re used by law enforcement entities for surveillance purposes, sometimes in ways that draw civil liberties complaints. They’re used for deliveries, with Amazon declaring years ago that the plan to make drones a major part of their delivery strategy in the future. They’re used, in the coronavirus era, to clean NFL stadiums. And of course, versions of drone technology are also used as weapons of war.

An indictment this week in New Jersey brings to attention a new use of drones: Smuggling contraband into jail.

According to the Philadelphia Inquirer,  a twenty-nine-year-old New Jersey man was arrested and is due to appear in court this week, and prosecutors say he used drones to smuggle tobacco, cell phone chargers and other contraband into the Federal Correctional Institution in Fort Dix, where he was incarcerated in 2017 and 2018.

The man was charged last year with conspiracy to smuggle contraband and possession of heroin and fentanyl with intent to distribute, and was arrested earlier this week in Vermont, the report said.

The criminal complaint says the scheme was disrupted in October 2018 when officers at the prison “observed a drone with a fishing line hovering above the rooftop of a housing unit. Underneath the hatch to the rooftop, which had the bolts removed, responding officers recovered a bag that contained tobacco, cellphone chargers and USB charging cables. In the same area, officers found a cellphone that was likely used to coordinate the drone drop.”

The investigators also obtained evidence from the man’s iCloud account that he had searched for “Fort Dix weather” around the time of the drone caper, which took place after he was released from the prison. A search of his residence later turned up “packages of empty cellphone boxes, cellphone chargers, empty boxes of SIM cards and several phones,” prosecutors said.

Two of the man’s alleged co-conspirators, Drone DJ reported in March, were arrested in the spring.

This is not the first time such a ring has been busted for smuggling drugs into a prison. A gang of 13 men in the UK was arrested in October of 2018 for carrying out just such an effort, 55 times between 2016 and 2017, the BBC reported.

Just last month, Correctional Service Canada said it intercepted an attempted drone delivery of contraband that was meant for the Collins Bay Penitentiary in Ontario. The package, per Kingstonist, consisted of marijuana, “shatter,” hash, Xanax, and “an unknown powder that was suspected to be Fentanyl.”

The Department of Justice’s Office of the Inspector General issued a report in mid-September warning of “DOJ’s Efforts to Protect BOP Facilities Against Threats Posed by Unmanned Aircraft Systems.”

“Drones have been used to deliver contraband to inmates, and could also be used to surveil institutions, facilitate escape attempts, or transport dangerous weapons such as firearms or explosives,” the report said.

This article was first published a few months ago and is being reposted due to reader interest.