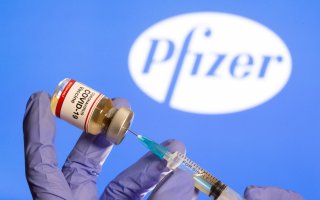 My colleague Michael Cannon had an excellent blog the other day on the subject of the distribution of vaccines. He rightly concluded,

Once governments have purchased vaccines, it’s not clear libertarian principles have anything useful to say about how they should distribute them. The question of how then to maximize social welfare—or alternatively, to reduce violent assaults—is an empirical one. It’s a fascinating question. But I’m not sure anyone knows the answer.

Too true. Libertarian principles indeed do not get us very far, especially in a situation where governments have made advanced commitments to buy vaccines. But, as Michael’s piece skillfully shows, we can, in principle, use economic logic to inform our answers.

The task at hand is to minimize the overall economic welfare costs of the pandemic—that means reducing the combined costs of lost lives, yes, but added to the costs of bad health, lost GDP, and, indeed, lost economic welfare from curtailed liberties or pandemic‐​induced constraints on our activities. When the problem is set up in this way, one can see that a lot of the conversation so far has been inadequate.

As John Cochrane notes, a lot of the recommendations for distribution have simply implied that, after vaccinating healthcare workers, we should work down a list of demographic groups, starting with inoculating those with the highest death risks from COVID-19 and ending with those with the lowest. If it turns out the vaccine only reduces the symptoms of COVID-19 but doesn’t reduce our ability to transmit it much, that might be a reasonable position. But if the vaccine itself helps stop the spread of the disease among the vaccinated, then this is not necessarily the best way to go.

In fact, one modeling paper by biostatisticians at the University of Washington has found that if the efficacy of the vaccines are high (as seems true) and we have enough to inoculate, say, 40–50 percent of the population fairly quickly, then it is optimal to prioritize vaccinating the “high transmitters” first , i.e. people most likely to spread the disease through their activities (proxied for as the under‐​50s.) That’s because if the vaccine is effective in stopping the spread, and you inoculate those most likely to spread it, you protect those individuals and those they would otherwise have transmitted the virus to. In addition, it seems likely we would see significant overlap between those most likely to spread the disease and the gains for formal market economic activity too. So, provided these assumptions hold, you might get a much bigger bang for your shot from vaccinating younger groups first.

The CDC appear to have thought about this a bit, in including “essential workers” as a priority group for inoculation, but nobody seems to be willing to countenance the logical implications more broadly. Should college students, bar dwellers, and business travelers, for example, be prioritized in order to reduce the spread of the disease? That University of Washington model reckons we could see 30 percent fewer deaths if we optimize the vaccination distribution to minimize deaths. That, of course, is dependent on an efficient operation to actually do this. (Note: if the vaccine has much lower availability, or we can roll it out to everyone quickly, then prioritizing those most at risk is instead the correct approach).

Yet in truth, the remorseless logic of how networks operate has significant implications beyond choosing demographic blocks to prioritize. So far, people have talked about these groups as if their distribution geographically doesn’t matter. But if, say, the elderly are thinly spread throughout a certain state, then working down a list of vulnerable groups may not do much to reduce transmission of the disease, or indeed facilitate the removal of much in the way of economic restrictions, given the risks associated with the virus still spreading far and wide to the semi‐​vulnerable.

As Tyler Cowen explains, it might be better to concentrate on administering the vaccine first in a geographically targeted way–say a major city within a state–rather than inoculating groups by age spread right across it. That way we could at least achieve localized herd immunity more quickly, allowing a near‐​full economic normalization at least in certain places. We therefore potentially reduce the economic welfare costs of the pandemic along the path to the eventual goal of full national herd immunity.

In short, even if we assume the government will decide how to distribute most vaccines, with those prioritized having neither the ability to give or sell that right to anyone else, allocating scarce vaccinations to those personally at risk from the disease could produce sub‐​optimal societal outcomes. Remember, as Michael made clear, in a world where trade‐​offs exist, we should be trying to minimize the overall costs of the pandemic, not just reduce the highest death risks for individuals.