Can F-35s and Warships Take Out Enemy Drones and Missiles? 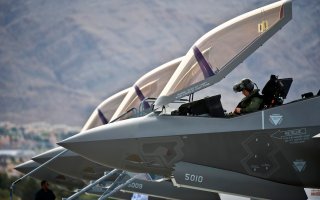