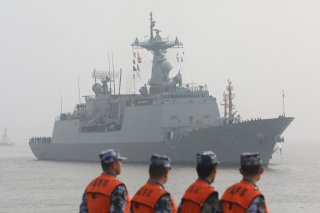 Here's What You Need to Remember: Despite Chinese claims that its carrier killer missiles make carriers “obsolete,” it seems reasonable that aircraft carrier battle groups could successfully defend against them.

This first appeared last month and is being republished due to reader interest.