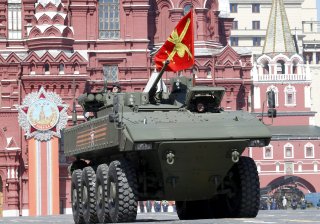 Here's What You Need to Remember: As an adaptation or upgrade to existing technology, it would seem unlikely that a new Russian Infantry Fighting Vehicle could truly rival the yet-to-emerge U.S. Army Bradley replacement, the Optionally Manned Fighting Vehicle.