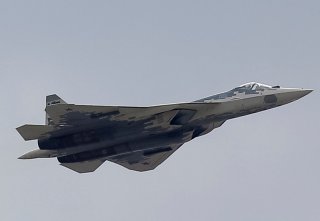 Key Point: These planes are well-made and are one of Russia's finest. However, they do have some problems and are expensive to produce.

Deputy Defense Minister Alexey Krivoruchko made the announcement while visiting the Detal Design Bureau last year, which is developing a new anti-ship missile, according to Russian news agency TASS.