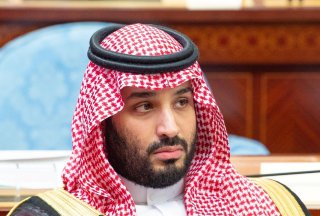 Saudi Arabia is raising taxes and scaling back expectations for subsidy payments to its subjects as it embarks on an austerity program, once again testing the durability of its social contract with its citizens. As the kingdom begins the decade in a tough spot, it still has in its favor budding nationalism, control of the economy and reliable security forces that should allow it to weather pushback — for now.

Nationalism and the Saudi Social Contract

Saudi Arabia's social contract hinges upon a welfare-for-loyalty tradeoff. The Saudi state uses energy income to keep Saudis housed, employed and otherwise economically comfortable. Up until 2018, this included no taxation. But during periods of low energy prices, Riyadh often must make cuts to this patronage. The Russian-Saudi price war and the COVID-19 pandemic have forced the government to triple the value-added tax and cut a $270-a-month allowance for government workers that had been instituted to offset previous subsidy reductions, putting the kingdom's social contract under stress.

Fortunately for Riyadh, nationalism will increasingly hold together the Saudi social contract in 2020. Nationalism in Saudi Arabia emphasizes the kingdom's identity in terms more anchored in the European Westphalian tradition than the Arabian tribal one. This belief system attaches "Saudiness" to not only the land, but also to its monarchs, King Salman and Crown Prince Mohammed bin Salman. It is also being bolstered by emphasizing national holidays like the kingdom's National Day, which occurs Sept. 23, changing education standards that revise Saudi identity away from a purely Islamic one, and an emphasis on secular entertainment and lifestyles once taboo under Wahhabi strictures.

The overwhelmingly youthful Saudi population is likely to firmly embrace government efforts to boost nationalism to offset anger at economic woes. Already, younger Saudis by and large emphasize their national identity over their local or sectarian identities. Young Saudis in major cities like Riyadh, Mecca and Medina are embracing national service, increasingly secularized education, and the mixing of genders in stark contrast to the conservative youth of the 1970s and 1980s who flocked to religious schools and self-policed their peers to maintain strict Islamic lifestyles.

Where nationalism does not suffice to control behavior, the monarchy can turn to its control over the economy. With much of the economy reliant on state spending, most institutions and businesses are sensitive to any signs of dissent, policing themselves to ensure that employees do not jeopardize the company's connections, whether formal or informal, with the state.

The state has another powerful tool in the form of its control over mortgages, giving it leverage over the housing market. Those hard-hit by austerity will not want to also risk being cut out of opportunities for preferential mortgages and subsidized housing by angering the regime. Its power to oversee regulations and rules that Saudis rely on to conduct business and maintain their lifestyles gives it still another powerful tool over citizens. Saudis overly critical of the government risk seeing officials begin to tighten up previously lax enforcement of rules ranging from mundane inspection certifications to licensing requirements; officials could also increase the red tape required to obtain government services. If the government wants to get even tougher, it could always launch another anti-corruption drive, with the state defining "corruption."

Those still not dissuaded from expressing dissent could find themselves facing the security services. Increasingly, these are comprised of tech-savvy special units and better trained police, and are less reliant on the country's tribal-based National Guard and less disciplined regional police forces. They will not solely use force, though the use of force remains likely in the face of protests, riots and strikes.

With dissent also occurring online, the security forces will engage in shaping and monitoring the online conversation. To this end, they will promote nationalism and compile lists of potential suspects who might be tempted to take their activism from the internet to the real world. (Abroad, they will try to shape the narrative away from instability, worried that such a reputation will further spook investors that Saudi Arabia wants to lure back.) Real-world monitoring and online surveillance will doubtless persuade many Saudis to swallow their complaints, keeping in mind the examples of journalist Jamal Khashoggi and numerous political and human rights activists held by the Saudi state.

Nationalism, economic control and the security forces will work for the government for a while, but the longer austerity persists, the less effective they will be. Unfortunately for Saudi Arabia, not only must it finance its welfare state, but it is also trying to finance the ambitious restructuring of the Saudi economy known as Vision 2030 while facing peak oil demand sometime in the 2030s. Whether it manages to pull off Vision 2030 or remains a welfare state financed by energy wealth remains to be seen.

As the Economy Undermines the Saudi Social Contract, Riyadh Finds Other Ways to Keep Order is republished with the permission of Stratfor Worldview, a geopolitical intelligence and advisory firm.