Can the U.S. Air Force Stop China From Seizing Taiwan? 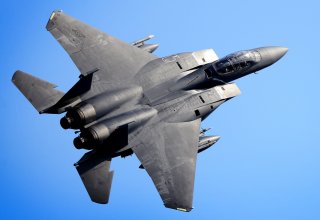 Here's What You Need to Remember: The war game signals a step in the right conceptual direction, but there is much more work to be done—both in terms of strategic planning as well as ongoing defense investments—if Washington is to acquire the capability to credibly deter and defeat a Chinese invasion of Taiwan.