Can the U.S. Navy Take Lessons from Sci-fi Television? 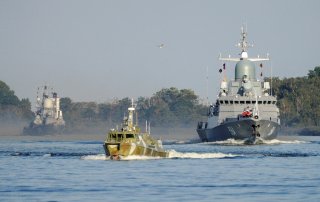 And lastly, the nation is poised to undergo a change of presidential administrations that will usher in a president inclinedto bulk up the U.S. Navy, along with a secretary of the navy reportedly inclined to agree. The next few months, then, represent the ideal time for the navy leadership to put the case for new policies—including less minimal manning—before a political leadership favorably disposed toward such policies.

James Holmes is professor of strategy at the Naval War College and coauthor of Red Star over the Pacific (second edition forthcoming 2018). The views voiced here are his alone. This first appeared earlier and is being reposted due to reader interest.

This article is being republished due to readers' interests.