Canada Opposes the Death Penalty, But Only Within its Own Borders 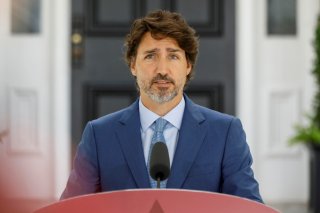 A steadily decreasing number of countries still impose the death penalty as the ultimate sentence in criminal cases. Canada has been part of the trend to abolish the death penalty, having done so decades ago.

In the 2001 case of United States vs. Burns, the Supreme Court of Canada ruled that people cannot be extradited to face the death penalty abroad, unless the country requesting them agrees to keep death off the table.

Canadians, the Supreme Court said, take seriously the idea that the death penalty is not only a human rights abuse but bad public policy, in part because of the very real danger that it will be imposed on people who have been wrongfully convicted. Canada does not impose it, and does not assist other countries in doing so.

There are other ways besides extradition in which we assist foreign states in their own criminal prosecutions. Because both people and evidence cross borders more frequently now than ever before, Canada has a number of mutual legal assistance treaties (MLATs) with other states.

Canada is among many states that use MLATs, and on the whole they are important co-operation mechanisms for fighting transnational crime. However, there have long been concerns about whether and when limits should be placed on this form of co-operation by countries hoping to protect human rights.

The problem: What if a state provides evidence for use in a foreign prosecution, but the foreign state breaches the human rights of the accused? What if the person is tortured, denied a fair trial or subjected to the death penalty? Is the state that sent the evidence implicated in this conduct, and if so is it lawful to send the evidence in the first place?

Over time, there has been a trend towards governments placing limits on MLATs to address exactly these kinds of concerns.

The U.K. Supreme Court dealt with this kind of scenario in March 2020, in a case called Elgizouli vs. Secretary of State for the Home Department. The U.S. had made an MLAT request for evidence to be used in a prosecution for grave crimes allegedly committed in the Syrian conflict, but refused to provide assurances that the death penalty would not be imposed.

The British government decided to provide the evidence anyway, choosing to override its normal policy of not providing assistance without such assurances.

The Supreme Court unanimously held that this was an unlawful move because it did not adequately address the human rights of the accused — and some judges opined that this would put the U.K. in breach of its own human rights obligations under both domestic and international law.

Decisions not made public in Canada

What’s interesting about the case is how it highlights the significantly different situation in Canada. In the U.K., not only was the relevant policy on use of MLATs published on a government website, but the original decision to provide assistance to the U.S. was available to be challenged in court.

The situation in Canada is significantly different. Here, all of our MLAT relations are handled by the International Assistance Group, a specialized office at Justice Canada, which fields requests from other states and makes the decisions about whether and how to respond to them.

However, while the execution of these decisions is eventually subject to some amount of court supervision under the relevant legislation, the decisions themselves are never published or made publicly available. Even the person targeted by the foreign investigation does not always have notice of them or any opportunity to challenge them.

One could venture that, legally speaking, Canada should limit MLAT requests where human rights concerns exist; the 2001 Supreme Court ruling in Burns suggests this, as does a 2014 case called R. vs. Wakeling.

However, the Supreme Court of Canada has so far only set vague guidelines, and we don’t know how the International Assistance Group actually makes its decisions. There is no indication Canada even has a formal policy, or if so, what it is.

There is no public indication whether, when an MLAT request is made, Canada asks the foreign state if the death penalty is a possible outcome, and if so, whether any consideration is given to whether we should provide evidence.

This lack of transparency is all the more startling when you realize that there are guidelines and reporting duties in place for the RCMP, CSIS and the CBSA.

To be clear, I am not suggesting that the International Assistance Group ignores these concerns, or that it fails to strive to comply with the law. In fact, what we do know about Canada’s MLAT practice suggests that Canada is careful and does not co-operate in death penalty cases. The answer to the admittedly provocative headline of this article is, actually, “no.” But what about cases where other human rights, such as the right to a fair trial, are implicated? There, things are more opaque.

As the Elgizouli case in the U.K. shows, as well as Canada’s own history with Maher Arar and others, co-operating with other states can be perilous. Governments sometimes make mistakes, potentially with great cost to individuals.

With a sophisticated government body such as the International Assistance Group, it would be absurd to suggest that there’s no policy in place. However, we should know what it is, and there should be more public scrutiny of the decisions it makes.