Cancer Cure?: How One Type of RNA Could Be The Future of Treatment 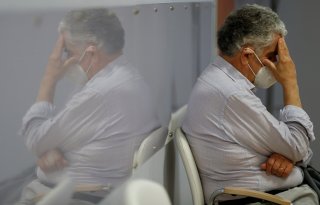 Cells are the basic building blocks of all living things. So, in order to treat or cure almost any disease or condition – including cancer – you first need to have a fundamental understanding of cell biology.

While researchers have a pretty good understanding of what each component of a cell does, there are still things we don’t know about them – including the role that some RNAs molecules play in a cell. Finding the answer to this may be key in developing further cancer treatments, which is what our research has sought to uncover.

Three types of molecules carry information in a cell, and each of these molecules performs its own important function. The first is DNA, which contains hard-wired genetic information (like a book of instructions). The second, RNA, is a temporary copy of one particular instruction that is derived from DNA. Last are the proteins produced thanks to the information provided by the RNA. These proteins are the “workhorses” of the cells, which perform specific functions, such as helping cells move, reproduce, and generate energy.

Our research group recently discovered a new type of RNA that drives cancer progression without producing any protein. We think that this type of discovery may pave the way for an entirely new way of targeting cancer cells. But to understand how this is possible, it’s first important to know the different types of RNA we have in our body.

The mystery of RNA

Only about 1% of DNA is copied into RNAs that make proteins. Other RNAs help the production of proteins. The rest (known as non-coding RNAs) were long assumed to serve no function in the human body. But recent studies are challenging these assumptions, showing these “useless” RNAs actually perform a very specific purpose. In fact, these “non-coding” RNAs regulate the functions of many genes, thereby controlling key aspects of the cells’ lives (such as their ability to move around).

For example, some lncRNAs “grab” different proteins and gather them to work in a specific cellular space – such as the same gene segment. This function is essential for controlling the inactivation of some genes during development.

But unlike other proteins in the body, we can’t identify the function of a lncRNA molecule simply by looking at its DNA sequence. Not knowing its normal function also means that we cannot study the role of this molecule in causing diseases, including cancer.

Our research group – and others – are beginning to understand the many important functions of lncRNAs in cancer progression. For example, we know that some lncRNAs make it easier for cancer cells to multiply, interact with nearby cells, and escape the body’s immune system. Unlike proteins, which are present in different cell types, each lncRNA is present in one specific cell type and can be detected in body fluids, such as blood. These characteristics make them very attractive diagnostic and therapeutic tools.

We also found that this lncRNA has two separate functions: one in the nucleus (the “core” of the cells, containing the DNA) and one in the cytoplasm (the external part of a cell, containing different organelles (such as mitochondria). In the nucleus of the cell, the lncRNA binds to a protein and directs it to a specific stretch of DNA, where it can activate a gene. This mechanism enhances the abilty of prostate cancer cells to spread to other tissues. In the cytoplasm, the lncRNA binds to another RNA and helps cancer cells multiply.

Since this lncRNA was linked to cancer progression, we decided to design a new type of drugs that could target it. We did this by using molecules called “antisense oligonucleotides”, which are currently being tested in clinical trials. These are small stretches of synthetic DNA that bind the target RNA and trigger its breakdown. By using these molecules, we found that by targeting the lncRNA, we were able to stop both the growth and spread of the cancer. We hope to use these molecules in the future to treat other cancers that express a specific lncRNA.

LncRNAs, which were virtually unknown some decades ago, assuming more prominence as a vital tool to understand cancer biology. Intriguingly, some lncRNAs are expressed only in some tissues (such as the brain) and might be responsible for traits that are specific to humans, for example, the increased development of certain brain areas. For this reason, lncRNAs are also an active area of investigation in neurodegenerative disorders, such as dementia.

We hope that research on this previously obscure biological phenomenon will soon translate into better treatments for incurable disease.

Francesco Crea is a Senior Lecturer in Cancer Genetics, The Open University

Azuma Kalu is a PhD Research Student, The Open University