Caught on Tape: This F-35 Went Into 'Beast Mode' and Its Targets Are History 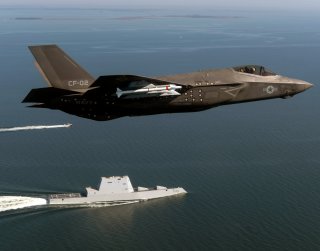 Here's What You Need To Remember:  F-35’s sporting the full, sixteen-missile air-to-air suite have yet to be spotted.