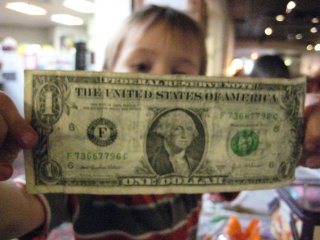 Here's What You Need to Remember: The parents’ spending choices illuminate one of the strongest arguments in favor of a larger Child Tax Credit: parents tend to spend their credit money in ways that cause the money to return quickly to the economy, stimulating it and creating more total added value.

One of Biden’s most significant accomplishments from his first 100 days in office was the passage of the March 2021 American Rescue Plan Act. The $1.9 trillion legislation provided for, among other programs, the third round of stimulus payments, which sent out $1400 to all eligible American adults and their dependents. The payments were credited with keeping roughly 16 million American adults out of poverty, and according to one survey, roughly 90 percent of Americans saw a noticeable financial benefit after receiving theirs.

Biden has attempted to replicate the success of the stimulus checks through his expansion of the Child Tax Credit, enacted under the same plan. Traditionally, the Child Tax Credit has been a rebate on a family’s taxes, deducted from their final balance when the family files their taxes in April. In previous years, the payment has been $2000 per child per year. However, as part of his COVID-19 relief plan, President Biden increased the payments to $3000 per year – with an extra $600 per year for children under the age of six, who are typically more expensive for families to pay for. The objective of the measure is to offset some of the costs of raising children, as parents have struggled financially during the pandemic.

The American Rescue Plan Act also called for the novel measure of sending out half of the tax credit payments in advance throughout the year. The first one is scheduled to be mailed on July 15 by the IRS. Observers have therefore compared the Child Tax Credit payments to small, monthly stimulus checks, targeted towards families. (The upper-income limit for the full credit is $75,000 per year for single parents or $150,000 per year for couples. In a perfect world, this would weed out parents who do not need the money, although in practice this means-testing does not always work.)

A simple fact often lost in the discussion, has been the human element and the needs of individual parents. Parents interviewed by USA Today were asked what they intended to spend the extra cash on; their responses were mostly mundane items, such as grocery bills, rent, and car repairs, although some parents expressed interest in recreational activities such as vacationing that they had gone without for the duration of the pandemic.

The parents’ spending choices illuminate one of the strongest arguments in favor of a larger Child Tax Credit: parents tend to spend their credit money in ways that cause the money to return quickly to the economy, stimulating it and creating more total added value. The objective of any “stimulus” payment is to increase cash flow, and one of the concerns that stimulus opponents had was that the money given out was not actually being immediately spent. For parents receiving the advance payments of the tax credit, however, this does not seem to be a problem.