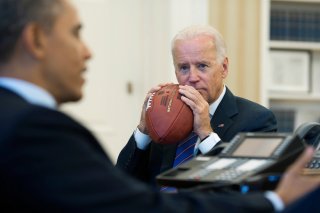 Here's What You Need to Remember: Biden, however, has only indicated that he would expand the child tax credit through 2025. Several congressional Democrats think that falls short of what American families need to survive the current economic crisis.

Democrats ramped up pressure on Monday to make the enhanced child tax credit permanent, following the Biden administration’s announcement that families will start seeing the monthly payments in July.

President Joe Biden’s $1.9 trillion coronavirus rescue package passed in March featured an extension of the child tax credit for one year. The bill authorizes the IRS to send eligible families monthly cash payments from July through December, with the rest of the credit available when they file taxes next year.

“We must make this lifeline permanent, which is why Congressional Democrats will continue to champion an expanded Child Tax Credit—because we can only Build Back Better by putting families first,” House Speaker Nancy Pelosi (D-Calif.) said in a statement.

The bill boosted the child tax credit from $2,000 to $3,000 and allowed parents with children under the age of six to qualify for $3,600. The program was designed to significantly reduce child poverty, White House officials said.

The Biden administration reported on Monday that 39 million families are expected to receive the monthly child tax credit payments for the first time beginning on July 15.

Congressional Democrats championed Monday’s announcement, as it comes at a time when millions of Americans still remain unemployed and are struggling to pay monthly bills such as rent and food.

“Today, the Biden-Harris Administration has taken a critical step to ensure our communities see the intended benefits of the American Rescue Plan, specifically the expanded and improved Child Tax Credit. With the first monthly payments expected to hit bank accounts on July 15, this policy will be transformational for middle class, working, and poor families,” Democratic Reps. Rosa DeLauro (Conn.), Suzan DelBene (Wash.) and Ritchie Torres (N.Y.) said in a joint statement.

The lawmakers added, “We will continue working to ensure the IRS has the resources it needs to get these funds to all parents who qualify. Additionally, these monthly payments cannot simply stop after one year or five years. We remain committed to making the expanded and improved Child Tax Credit permanent in the American Families Plan.”

Biden, however, has only indicated that he would expand the child tax credit through 2025. Several congressional Democrats think that falls short of what American families need to survive the current economic crisis.

Sen. Michael Bennet (D-Colo.), a leader of the effort in the upper chamber, echoed Neal’s remarks, arguing, “We’re going to keep fighting to ensure the expansion of the CTC is made permanent.”

Rachel Bucchino is a reporter at the National Interest. Her work has appeared in The Washington Post, U.S. News & World Report and The Hill. This article is being republished due to reader interest.