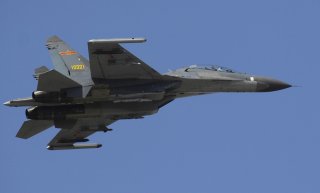 Here's What You Need to Remember: Sky Hunter isn’t good enough to be a hit, and it wasn’t.  But it is a product revealing of the aspirations and rhetoric of China’s modernizing armed forces—and an excuse to watch cool jet fighters dueling over the Himalayas.